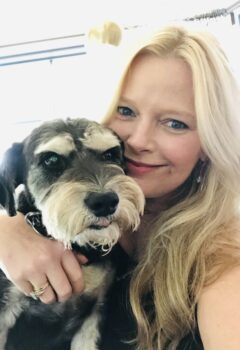 See what Melissa Peterman is up to:

“I like to say “dogs are my favorite people” and people who love dogs understand what I mean. They love you unconditionally and every day they wake up excited because TODAY is going to be great. If you want to make your family more fun, there are so many amazing animals out there just waiting to love you. And I promise they will become your favorite people too.  Adopt a “favorite person” from your local animal shelter on Remember Me Thursday® or any day!”

Melissa Peterman is an actress and comedian who is best known for her role as Barbra Jean in the television comedy series Reba. Peterman has appeared as Bonnie Wheeler in the ABC Family/Freeform series Baby Daddy, and as host of ABC Family’s Dancing Fools, ABC’s Bet on Your Baby, and CMT’s The Singing Bee. Since 2019, Peterman hosts the comedy game show Punch Line, where two teams of comedians try to supply punchlines to various headlines. She also was a judge on Hallmark’s American Rescue Dog Show. Melissa adopted her first rescue dog, Janet, who was dubbed “The Best Dog on the Planet” during her 16 years in the family. She and her family currently have two dogs: Junior, an adopted Schnauzer and smartest in the house, and Baby Fern, who has brought so much happiness in the two years since she joined the family.