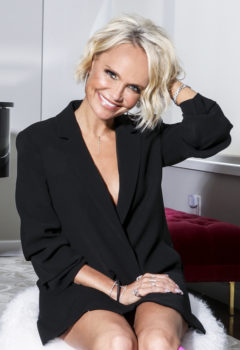 See what Kristin Chenoweth is up to:

“On August 27th of 2016, my beloved Maltese, Madeline Kahn Chenoweth went to Heaven. Though I still miss her so, I am grateful for all the happiness we shared. She was pure, unconditional love. The pain of losing her was worth it. Please take a moment and remember all of the sweet shelter pets just waiting for their opportunity to warm your heart on Remember Me Thursday®.”

TONY® and EMMY®Award-winning actress  and singer Kristin Chenoweth’s career spans film, television, voiceover and stage. Stage, (“You’re a Good Man, Charlie Brown”, “Wicked”, “On the Twentieth Century”), film (“Rio 2”, “My Little Pony: The Movie”, “Four Christmases”) and television (“Trial & Error”, “The West Wing”, “Pushing Daisies”, “Glee”, “Descendants”, “Hairspray” and “American Gods”).  Her last album “The Art of Elegance” was released in September 2017 and she will be releasing her next women-inspired album this Fall. Chenoweth will star in the upcoming holiday films “The Christmas Song,” for  the Hallmark Channel and “Holidate” for Netflix.  In 2009, she wrote an upliftingly candid, comedic chronicle of her life so far, “A Little Bit Wicked,” which debuted on the New York Times Hardcover Non-Fiction Best Seller List. Kristin received a coveted star on The Hollywood Walk of Fame in the category of Live Performance, Stage/Theatre in 2015. Chenoweth is a graduate of Oklahoma City University with a Master’s degree in Opera Performance. She formed a charity partnership with the Broken Arrow Performing Arts Center (BAPAC) Foundation in her home state of Oklahoma. Chenoweth’s accomplishments were honored by her hometown with BAPAC naming “The Kristin Chenoweth Theatre” in 2012. Partnering with the BAPAC , Kristin launched an annual Broadway Bootcamp in 2015. Chenoweth is an inductee into the Oklahoma Hall of Fame, as well as the Oklahoma Music Hall of Fame. She is also a Mamma to her rescue Miss Thunder Boom Boom Chenoweth, affectionately known as Thunder Pup, who is a (bigger than expected) bundle of unconditional love, laughter and fluff.

Please watch Kristin and Thunder’s Remember Me Thursday® PSA and share her message with your friends: