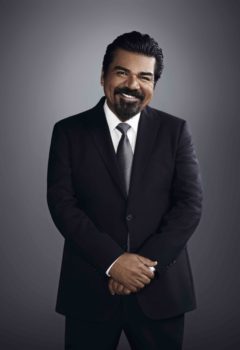 See what George Lopez is up to:

“With ability to forgive and to love unconditionally, a dog who needs a home should always have one.On Remember Me Thursday®, let’s lend a voice to those dogs who are waiting for a loving home. ”

George Lopez, best known for his multifaceted career that encompasses television, film, stand-up comedy and late-night television. Lopez can be seen in his Netflix original comedy special We’ll Do It For Half which premiered globally in June.  Last year Lopez was touring nationwide for his stand-up comedy The Wall World Tour. He can also be seen in the crime thriller The Tax Collector with Shia LaBeouf and Lana Parrilla, written and directed by David Ayer. Lopez co-created, wrote, produced, and starred in Warner Bros. Television’s groundbreaking hit sitcom George Lopez, which ran for six seasons on ABC. He returned to series television in 2011 for Lopez Tonight, a late-night television talk show on TBS, which ran for two seasons.  In 2006, Lopez received a star on the Hollywood Walk of Fame. In addition, Time named him one of the 25 Most Influential Hispanics in America, and the Harris Poll named him one of the Top Ten Favorite Television Personalities. George enjoys spending his free time with his dogs Mama and Tippy, who are his biggest fans. They love playing with squeaky toys and snuggling on the couch.