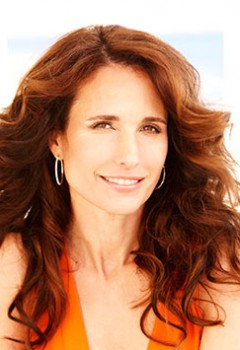 See what Andie MacDowell is up to:

“My rescue dog Ava is a kind and loving soul. To know that this sweet girl waited for a home for two years until our family fell in love with her is just heartbreaking. On Remember Me Thursday®, please help spread the word about these lovable pets just waiting to be discovered. A new best friend is waiting for you at an animal organization near you!”

Andie MacDowell is an acclaimed actress who received critical acclaim for her role in Sex, Lies and Videotape. She has appeared in several notable films, including Groundhog Day, St. Elmo’s Fire, Four Weddings and a Funeral, and Magic Mike XXL.In addition to being a Loreal spokesperson, she recently starred in the Hallmark Channel drama series Cedar Cove and starred in the action film Granite Mountain. Off-screen, Andie enjoys time with her family, horses, many pets including rescue dog Ava, and is a supporter of many charitable causes.